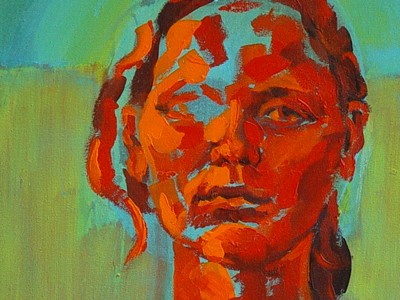 Skopje 2014 is a project financed by the Government of the Republic of Macedonia, with the main ideology being based on that of the ruling partyVMRO-DPMNE, with the purpose of giving the capital Skopje a more classical appeal by the year 2014. The project, officially announced in 2010, consists mainly of the construction of museums and government buildings, as well as the erection of monuments depicting historical figures from the region of Macedonia. Around 20 buildings and over 40 monuments are planned to be constructed as part of the project. The project has been criticized for constructing nationalistic historicist kitsch. Skopje 2014 has also generated controversy for its cost, for which estimates range from 80 to 500 million euros (Wikipedia) 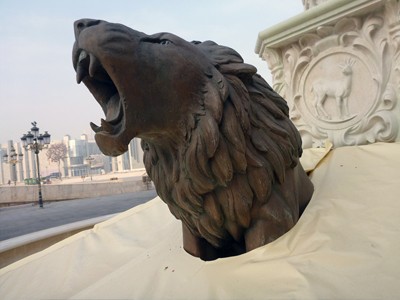 The cooperative prozess was triggered by interactive dancing exercises with a group of children. Again the final goal was a visual artwork created with joined forces by the kids. Their work collides in an art space with the artist singular work. The group reacts towards the installation with a „liberation performance“. 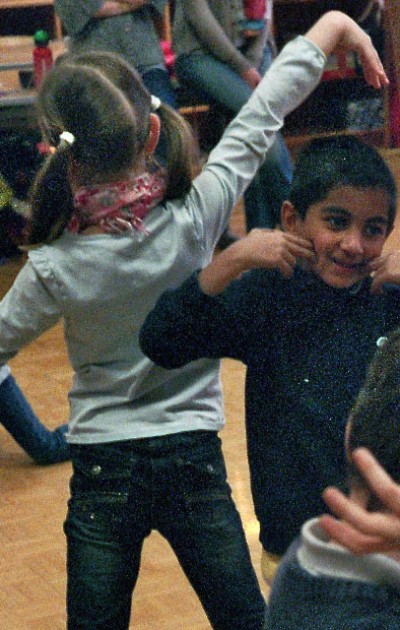 Colliding historical paintings with a contemporary visual culture; the flamisch painter Peter Paul Rubens provided the catholic church with visual propaganda against the growing protestantism. This barock heritage reappear in these paintings with ironic quotations of its historical content in a fully commercialised add-world. 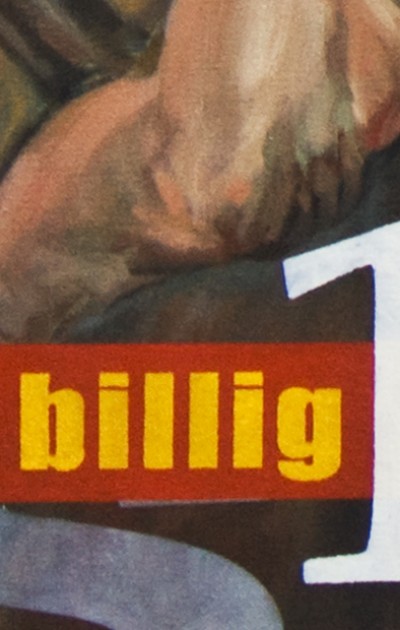 In the county of Salzburg/Austria schools are furnished with the national symbols and anthems. In this installation the slightly smaller frames of the later give little space for national identity. 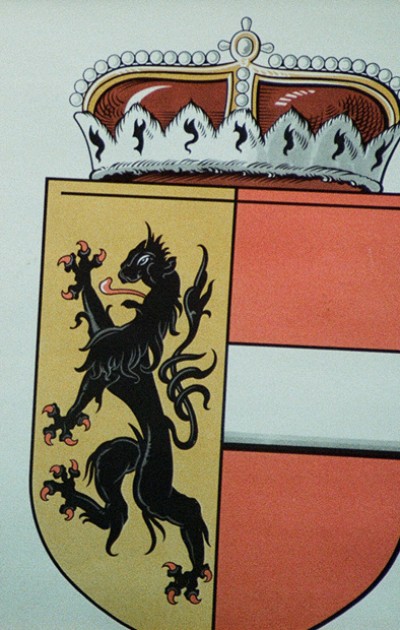 The continuation of a series of landscape paintings, staging the individual-transport dominated rural situation. In the cities of Ljubljana, Koper/Slovenia, Vienna, Salzburg/Austria and New York the paintings are documenting since 2009 a sozio-technological status-quo. 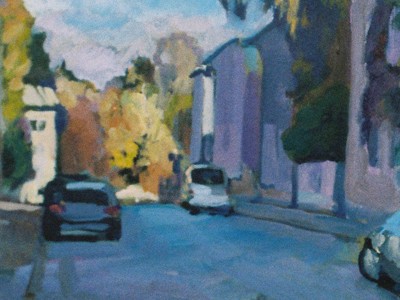 Rundown fassades, broken streets, the overall economic situation simply wouldn´t fit the amount of brand new cars in the slovenian capital Ljubljana. Shortly before the economic crisis reached the car-industry in 2009, this series of rural landscape-paintings marked the historical point of technological, economical and social bet on individual transportation. 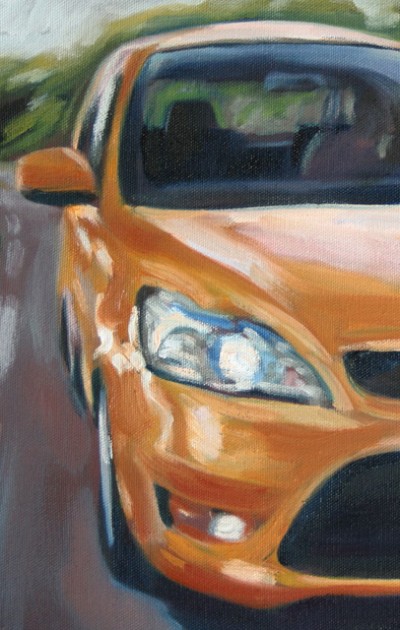 In cooperation with the dance-theorist Nicole Haitzinger these photos were taken in the capital of Mazedonia. The young nation of Mazedonia, whose Name, Identity and terretory is claimed by its neighbouring states, tries to build a national myth by erecting huge architectorial and sculptural monuments. The series of photos questions the billions of euros spent on a historizism created by a neoliberal rightwing government. 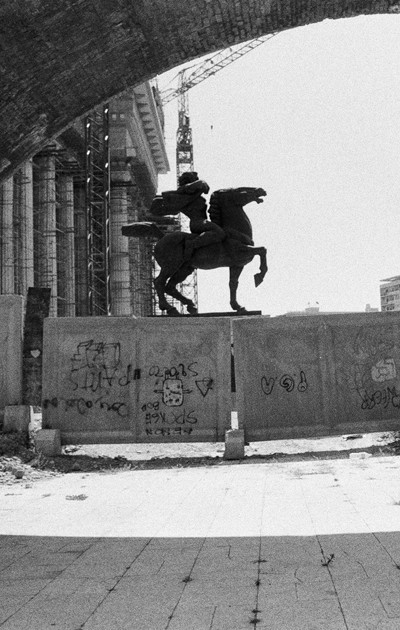 Hello how are you

Three graduates of the Salzburg experimental Academy of Dance SEAD join to explore, overcome and reflect their prejudice against the unknown world of Salzburg. 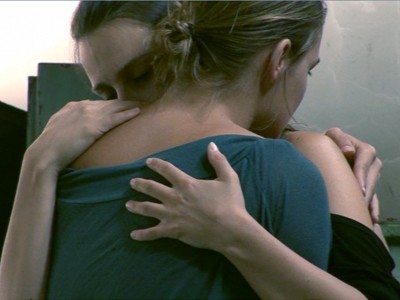 The architectorial monument of the tabaco-factory, planned by the Bauhaus artist Peter Behrens was sight for a four-year art project staging various messages for thousands of daily passing cars. Starting with a comment on the bombing of Serbia by Nato-forces and ending four years later with a rhyme on the questionable privatisation of the state-owned steelfactory VOEST-ALPINE. 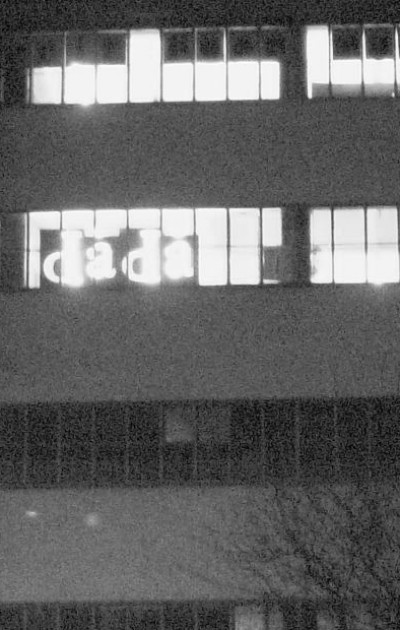 As a result of the exhibition YUGOSTALGIA in New York these additional reflections on the historical figure of Josip Broz Tito, former president of the ex-state of Yugoslavia, were created. 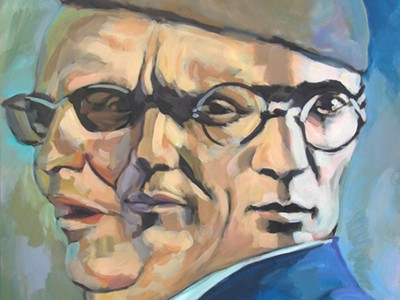 Collected at the bicycle world-championship in 2007 the rearranged letters of international company logos transform into abstract compositions. The audience can choose a partition an create an artwork for their personal use. 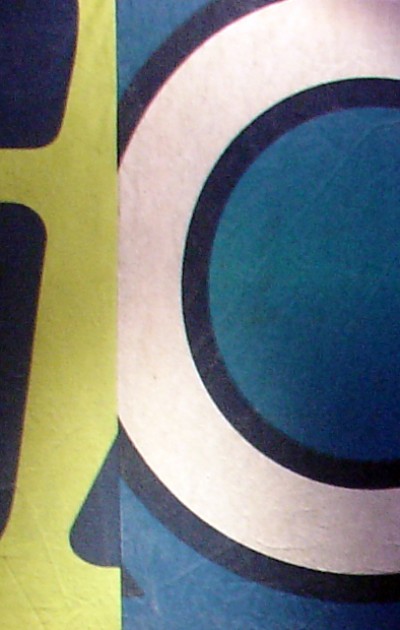 In the mideval town of Koper on the slovenian coast the paintings are staging the individual-transport dominated rural situation. 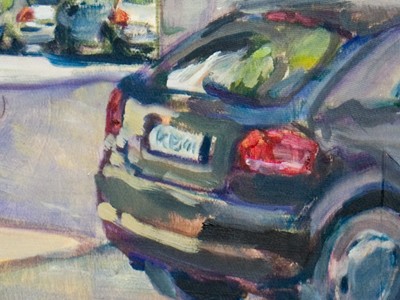 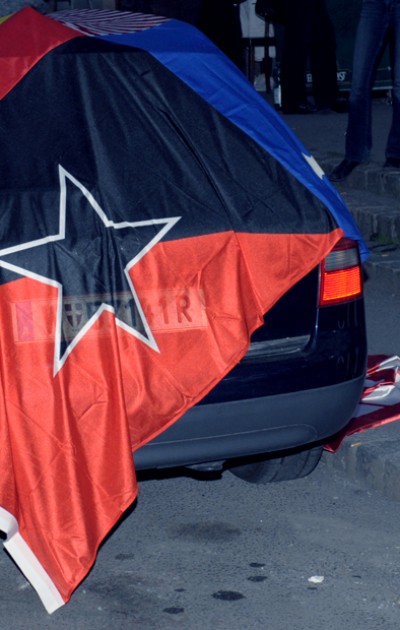 The art-fashion FCKU FSHN is a strategic appretiation in the top security zone of the fashion industry. Trashsymbols and chrome, brands and bradings; with the creative upcycling of second-hand-cloths FCKU FSHN is relocating the global within the local. 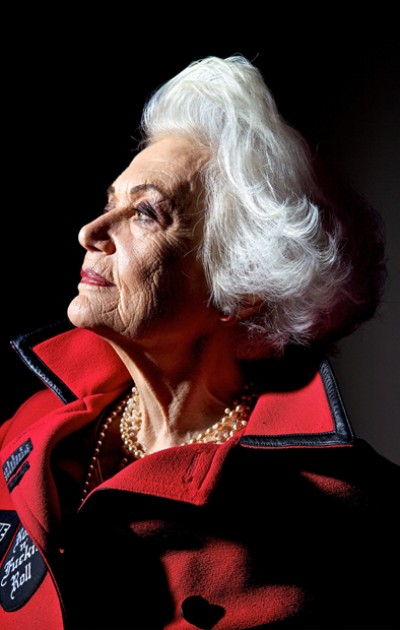 The institut was a local underground culture lab for a year. 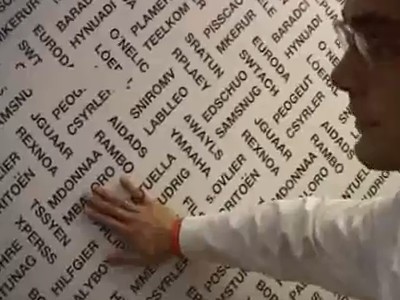 AsianDUB_kitchen, vegan food 4 all, Schmiede Hallein, 2007-2012
Are you vegetarian? Do you lack meat? Is there enough food? Is eating a place of sozial interaction? Will you be eating AsianDub_kitchen food again at the Schmiede? 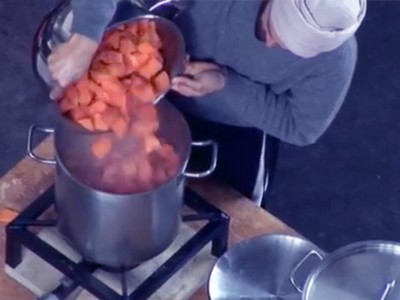 Demonstrating the research, Magister Steinacher with the help of his lovely daughter in action. 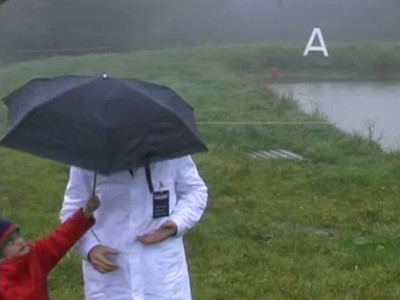 On the night of the 29th of November 2013 a polyester monument of the former Yugoslavian president Josip Broz Tito was illegally erected in front of „Josip Broz Tito Gymnasium“ in the centre of Skopje. We believe that the illegal status of this sculptor offers a unique possibility for artistic interventions in order to discuss the cultural wave of monuments, also known as „disneyfication“ of the Macedonian capital. Using its non-legal status and the historical connotations, the creative transformation of the statue of Tito could allow him to reappear as a living partisan symbol. 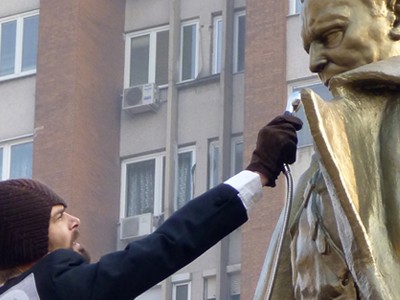 The cooperative prozess with a group of children was resulting in a mural painting. This supra-subjective work in the gallery collides with the artist singular work, landscape paintings of individual traffic in rural situations.

Electronic media provides a basis for a postmodern social network. The comunication is provided by internet, laptop and cables. In this series fragments of patchwork relations are commulated on tables and painted in oil. 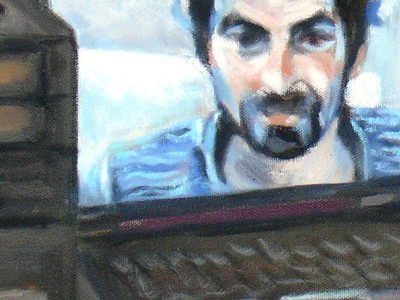 Colliding historical paintings with a contemporary visual culture was the initial idea of a series dating back to the year 2005. The art-historical background provides information for a typographic intervetion, based on POP and the culture of remix. Murder can be seen in the picture of David holding the head of Goliath, also its painter Caravaggio was exiled for the same verdict and in this artwork the tragedy is ironically subverted by a commercial logo of a tabaco brand. 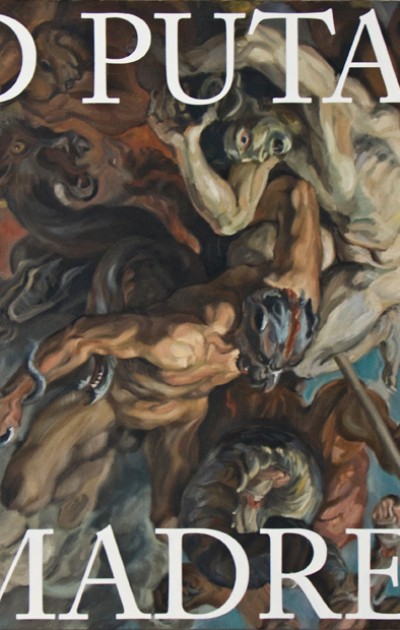 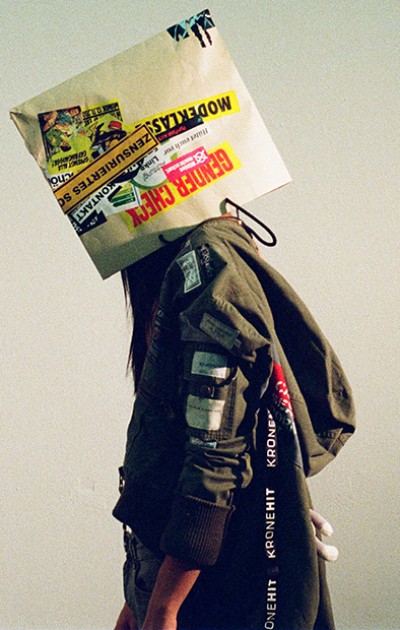 After the collaps of the state of Yugoslavia, the memory of its former president Josip Broz Tito is very much alive among young generation of former Yugoslavs. Their appretiation of the historical figure is neither political nor nostalgic, but resembles very much our todays approach to the revolutionary Che Guevara. 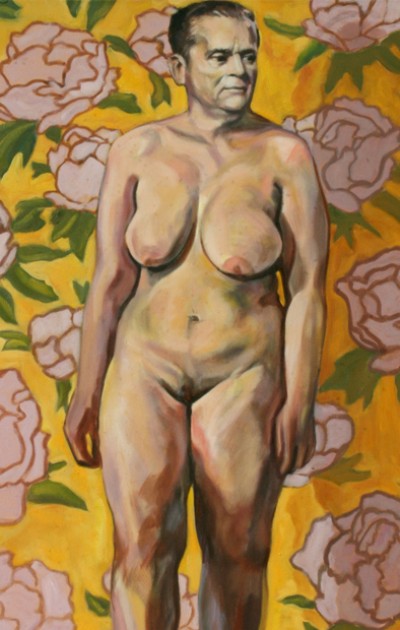 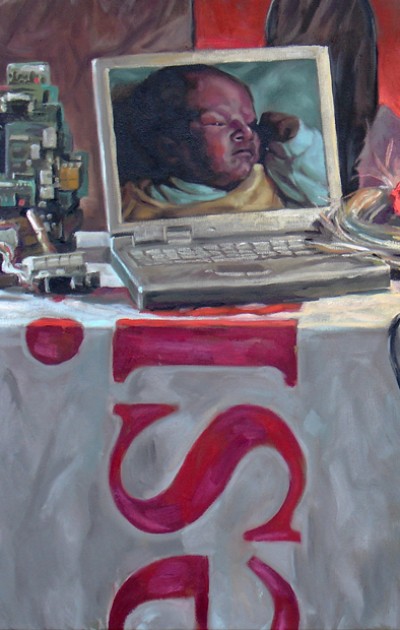 With a group of teenage pupils a critical reflection on the local real estate situation was launched, attacked and nevertheless published in Bad Gastein, summer 2012. 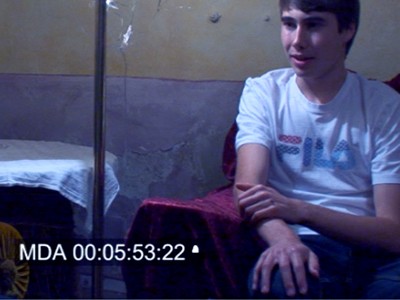 Two-months of weekly workshops with highschool students in the Bronx. The project promotes the concept of “upcycling“– which is defined as a creative recycling process that substitutes the joy of shopping. 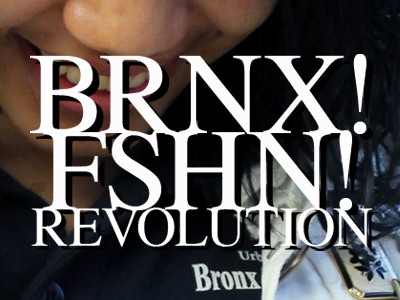 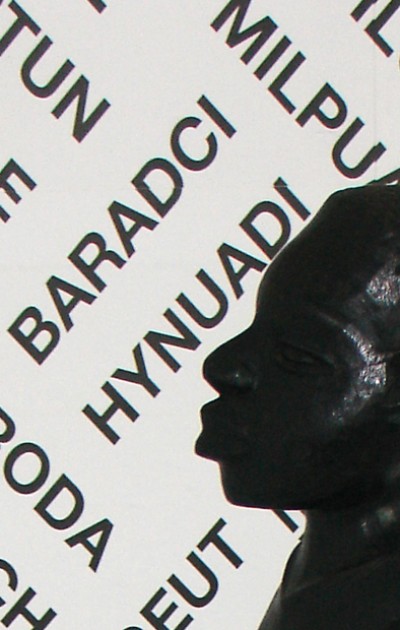 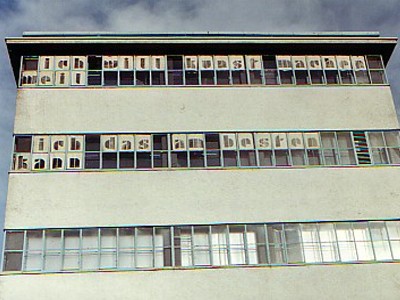 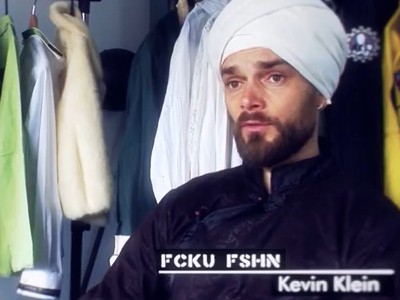